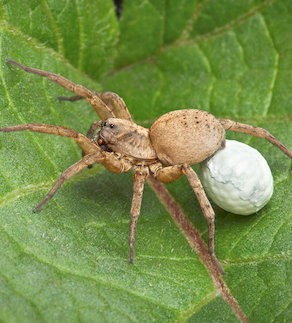 Spiders are common houseguests year-round. With over 47,000 described species, around 3,400 of which live in North America, most Americans have spiders as roommates whether they like it (or even know it) or not. Here are five facts you may not know about spiders:

We all know the feeling of being spooked by walking into a spider web that we didn’t notice.  Spider webs are purposefully hard to see so they catch unknowing insects. Unfortunately for us, this deceptive web technique also makes it hard for us to notice them. Another interesting thing about webs is that there are five different types of common webs: Spiral Orb Webs, Tangle Webs (Cobwebs), Funnel Webs, Tubular Webs, and Sheet Webs.

Spiders are one of the most diverse species on the planet. As mentioned, there are over 47,000 types of known spiders and likely more that haven’t yet been discovered. Spiders are found on every single continent except Antarctica and date back to over 300 million years ago. Mites and scorpions are also closely related to spiders. They are all part of the “Arachnida” class. Members of the Arachnida class generally have two body regions and six pairs of appendages: 8 legs and 4 mouthparts.

Spiders common in and around homes can produce over 200 additional spiders in one egg sac. A single spider is capable of doing this multiple times in their lifetime. Other species of spiders can produce up to 600 offspring in just one egg sac! Just imagine what a spider population could look like after just a few generations! According to a Washington Post article, all of the spiders on earth would weigh about 25 million tons, that number has only gone up over the past three years…

The goliath birdeater spider is the biggest spider in the world. It has a leg-span of up to a foot and weighs up to 6 ounces. Female goliath birdeaters have an average life span of 20 years while males only have an average lifespan of 3-6 years. It primarily eats insects, but is also able to eat rodents, birds, and frogs. They can’t see very well, but their leg hairs are able to sense vibrations and help them avoid predators. The birdeater is even a delicacy in some parts of South America. These are not found in North America.

Most spiders have 8 eyes, but some have 6 or less. Even with all of these eyes, spiders generally can’t see very well. Most of their vision is based on movement which helps them catch prey or avoid predators. Certain sets of eyes carry out different tasks to aid in the seeing process. For most spiders their vision also allows them to see better at night when most species of spiders are active.

Call in the Pros to Get Rid of House Spiders and other Pests for Good!

If you find that you are having a problem with spiders, different insects, termites, or other pests in your home or office, and need an exterminator, call Alexandria Pest Services at 703-923-0925 to schedule a professional evaluation. At Alexandria Pest Services, our team of expert technicians will work with you to create a plan to eliminate your pests. We can help you get rid of these invaders in your home or office! Contact us today to learn more.