All of our employees are insured, licensed and certified in their field of expertise. We emphasize safety and use industry best practices at all times.

Our executive and management staff includes:

Richard Diggs is the President and CEO of Alexandria Pest Services, Inc. Mr. Diggs has been employed in this field for more than 20 years, rising from an entry level field technician to owner of a business employing more than 30 individuals. He is an accomplished corporate strategist and marketer, with extensive experience in commercial, construction, governmental and residential contracts for pest control services.

Mr. Diggs is a member of the National Pest Management Association Inc., co-founder of the Minorities in Pest Management (MiPM) Council, U.S. Chairman of MiPM mentoring group, member of the National Register’s Who’s Who, member of St. John Baptist Church’s Board of Trustees and Executive Committee, and the recipient of various community and industry awards. He is also a past member of the Phoenix House Board of Directors, and has been recognized in the Alexandria, Virginia African American Hall of Fame. His ethical values form the cornerstone of his business practices.

Mr. Diggs is certified in various categories through the Virginia, Maryland, and District of Columbia Agriculture Departments.

Richard Diggs (Ricky), Jr. started working for his father at the age of 14. With great enthusiasm for pest control and a hard-working personality, Mr. Diggs, Jr. was an exceptional technician and salesperson, and became the biggest asset to the company in a very short period of time. With over 15 years of industry experience, Mr. Diggs, Jr. has trained and educated many technicians and salespeople to become as successful as he has become. He has been invited as motivational speaker on many occasions by schools and associations to speak about his career and to encourage young children to work hard and to never give up on their dreams.

He holds certificates from the Virginia and Maryland Agriculture Departments in categories 7A, 7B, and 7C (General Pest Management, Termite and Wood-Destroying Insects, and Public Health Pest Management).

Paul Bello has been a licensed PCO since 1976. He owned and operated his own business for over ten years and has served as technical director for large and international pest control companies. He is a former student of Dr. Austin M. Frishman and is the founder of the Austin M. Frishman Endowment Scholarship established at Purdue University in 1994. He earned his Baccalaureate Degree in Entomology at the University of Georgia and an MBA in Accounting from Adelphi University.

Paul has appeared on the National Geographic Television show named “Swarms” where he spoke about the hazards associated with German cockroaches and the red imported fire ant. He has also been the subject of feature articles in the Sunday New York Times, Newsday and the Atlanta Journal & Constitution newspapers. He has been quoted in magazines and interviewed on television regarding pests and pest management issues many times.

Paul is a published author with articles appearing in Pest Control Technology Magazine, PCT’s former publication Service Technician and he has written a monthly column titled “On the Road With Paul Bello” that has appeared in several state association monthly magazines. He is currently a featured author for Pest Management Professional magazine (formerly known as Pest Control Magazine). He was also chosen as the revision author of Chapter 22, “Occasional Invaders”, for the 8th edition of the Mallis Handbook of Pest Control.

Paul has been a keynote and well received speaker at local, state and national industry meetings across the country. He has served on several industry committees with state associations as well as the National Pest Management Association and was awarded the 1998 Committee Member of the Year by the Florida Pest Control Association.

Paul is married to his wife of over twenty years Mary Ann and, along with their two sons, Nicholas and Anthony, reside in the greater Atlanta area where he enjoys many activities and Coaches Youth Hockey as a USA Hockey Level IV Coach. He is also the goalie and Captain of the 2009 USA Hockey Men’s Over 50 National Championship Team. 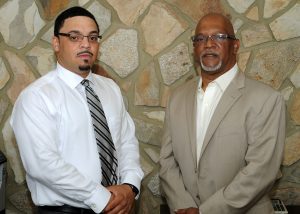